Don’t strike, get back to work

This time of year is when we all start to feel the squeeze as energy companies commonly announce unpopular increases in their tariff prices while posing as innocent bystanders, helplessly 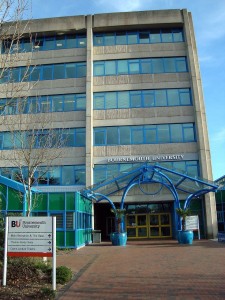 Strikes definitely get attention, but do they get results? © BazzaDaRambler

pointing the finger of blame towards the oil and gas barons.

Another timely tradition is the tendency for public sector workers to go on strike as their pay packets continue to be frozen solid, while the government dithers about cutting the national debt. I walked past one such demonstration the other day on my way into university.

When I say “demonstration” what I actually mean is a group of people wearing high-viz vests, drinking tea and occupying a public walkway littered with flyers.
I loathe strikes. Strikes are completely pointless. Strikes achieve nothing. Strikes make those who take part in them appear as lazy, feckless and the enemies of society.

By all means take action if you disagree with something or feel you deserve better; I do almost all the time. But for goodness sake do it in a way that is likely to get you somewhere.
I found it incredible that the people loitering at the main entrance of a university are the very same lecturers, academics and teachers that educate and mentor the students.
Surely they couldn’t honestly believe that the best way to get paid more was to get in other people’s way, waste paper and eat endless amounts of biscuits. I expected better of them. Perhaps then it’s not the choice of the individuals to go on strike but the unions to which they belong, in this case University and College Union (UCU), Unite and Unison.

Unions have set about this call to arms because they rightly state that the pay of their members isn’t keeping up with the ballooning cost of living.
I’m sorry but that’s the same for all of us, whether we are professors, students, shop workers, electricians or anyone else. The cost of living is going up and wages are not, that is an undeniable fact of the British economy now and it is a big problem. The solution however, is not to take industrial action.

It is the theoretical job of a union to amplify the voices of its members. Except in the case of the education strikes that’s not what has happened at all.
University employers have come out saying that an overwhelming majority of staff are content with the one per cent pay rise that was on the table.
That’s more than any private sector worker is likely to get soon. I say they should have put down their placards, picked up the scattered and discarded leaflets around them, accepted the offer and returned to work.
I fail to see what any public sector worker is making a fuss about when they strike. When times are good, they do all right.

That’s not to say that they’re freeloaders because that would be grossly inaccurate and the work of the public sector is an astronomically important one.
But like all of us they need to take the good times with the bad, the fair pay of yesterday with the arguably less fair, frozen pay of today and instead of striking, look forward to the defrosting of pay packets tomorrow.