Daniel Wyatt is back to Daniel Bryan: Times may be changing

Daniel Bryan has joined and left the Wyatt family in the space of just two weeks. Is creative finally realising what the fans want? 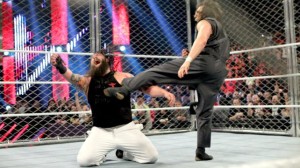 I can barely believe how short the storyline involving Daniel Bryan joining the Wyatt family lasted. Obviously the story isn’t over all together but it is strange that we barely got 2 weeks of this swerve before it was revealed (as most of us knew), it was all a ruse to let Daniel Bryan get Bray Wyatt without any interference.

As much as I cried foul at turning a wrestler who is so unbelievably over with the fans into a bad guy, in hindsight, it really didn’t affect fan reaction and had my mind swimming with some interesting ideas I hoped would come to fruition. To me, it almost seemed we were heading for a Wyatt Family vs. The Authority situation similar to classic Ministry of Darkness vs. The Corporation feud of the attitude era. However even that idea was kind of hard to see when the writing has made it seem that the Wyatt’s may be working with the Authority.

What I’m trying to get at is how the writing seems like a mess of ideas right now. I do realise that yes, this is wrestling. With a promotion that airs programming pretty much everyday, you’re going to have a lot of loose ends and ideas tossed to the side. What’s really been getting to me for a while is that the WWE don’t realise what good they have. They don’t seem to realise people like Dolph Ziggler or Kofi Kingston, if given the real push they deserve, could be huge draws. Having said this though, the situation with Daniel Bryan is making me think that they’re starting to realise. 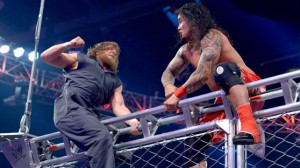 Even though our main storyline should be the battle for the WWE World Heavyweight Championship, it’s getting zero interest with the fans. It’s actually starting to show in programming; the title bout that is coming up makes such a small impact on the show that it feels like it’s just a reminder that it’s even happening. I’m really hoping this is because creative are finally taking note. Ending RAW show with Bryan revealing he was still the same guy we knew was breathtaking. The fan reaction actually gave me goosebumps and I encourage any wrestling fans to at least watch that end reveal and the sea of YES chants. Even after 2 weeks, it created more of a reaction from fans than Randy Orton attacking Cena’s dad.

In conclusion to all this, I’m genuinely hoping that this is a sign that times are changing. Wrestling fans are one of the most vocal fan bases and in this day and age, that’s saying something. I’m hoping that the WWE is finally more than ever decided to listen to that voice.