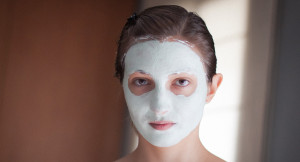 Why do people spend so much money in the name of vanity? This is not Ancient Egypt where the Pharaohs and Queens had their bodies mummified in strips of fine linen and enchanted oils. The harsh reality is that people spend thousands of pounds on cosmetic surgery, ignoring all risks just to have their bodies decay away at the end of it all.

I was watching Botched Up Bodies the other night and I thought to myself ‘how far do we go for the sake of vanity?’ For those who don’t watch this TV series, it is a documentary following people who have had horrific, (and believe me, ‘horrific’ is an understatement) cosmetic surgery disasters. Luckily for them, Britain’s top plastic surgeons are able to correct the catastrophes into something you can hardly describe as bearable.

It amazes me that people pay thousands to change their eye colour, get bigger boobs and butts, bleach their skin and receive liposuction. The worst thing about it is that all this is just to try to fit into a group in a society or to impress other people.

Statistics produced by the British Association of Aesthetic Plastic Surgeons (BAAPS) concluded that the top surgical procedures were performed 43,172 times in 2012, an increase of 0.2% and figures continue to rise each year.

Why is it that more people feel the need to have cosmetic surgery?

Is it the era in which we are living, assaulted by the influence of the mass media and the idolisation of celebrities? As humans, we are always going to find something we want to change about ourselves and once that’s changed we will find something else. But in saying that, I do not ignore the fact that some people are forced, or should I say encouraged, to have plastic surgery.

I know because I am one of them.

I was born with a tongue-tie or, as it’s medically known, Ankyloglossia. This is where a piece of skin and tongue are joined together. The condition is minor and only affects a person’s speech. Luckily, it did not affect me at all and I successfully had the surgery completed when I was about nine years old.

From what I remember it did not hurt much and I did not feel much different afterwards. The main reason for this piece is to hopefully encourage the readers to fall in love with themselves - flaws and all! Be appreciative of what you already have, try not to focus on what other people may have. But put all that energy into bettering yourself from the inside and it will begin to show on the outside. Cosmetic surgery can be successful, but it can also go terribly wrong and cause unnecessary complications.

Ultimately, it is your decision as to whether the procedure is worth the pain and money, or whether you would rather put your money into something different. If someone genuinely loves you, they fall in love with you and what is on the inside.