Corners of the mind: When fear takes over

Is it scarier to see something physically or just know in your mind it’s there?

We’ve all had the initial childhood phase of thinking there was a monster under the bed or in the “closet”, right? Well I never did; for me, I was always afraid that the monster was hiding in the darkness beneath my duvet! I was afraid that if I had my hands below the duvet or if I held it over my head for too long then something would attack me. Let’s just say despite being significantly older at the time of its release, the movie ‘The Grudge’ did not help…

My interest in writing this article came from questions I had posed to myself as an aspiring screenwriter, whose strengths are in writing scripts of the horror/thriller variety. Naturally I feel the need to know how the mind works in response to fear. One of my sole beliefs that has stemmed from writing this genre is that you should write what scares you because there are over 7 billion people out there and someone is bound to share your fear! My own fear, personally is the dark outside… but only really when I can’t see i.e. dark woods, dark country lanes. I believe I am not the only one so therefore I try incorporate it into my work sometimes.

What I have observed about our responses to fear stimuli: be it something small like watching a horror movie, or something bigger like going on a roller coaster or preparing for a 100 foot jump (I can say I have experienced all of these  - more thrilled about the last one), is that responses can vary from little things like our breathing becoming shallow as if we daren’t breathe in case the worst might happen… Then there’s things like paranoia setting in where our minds get the best of us and every little noise (since we’re already on edge by this point anyway) can make us feel afraid. 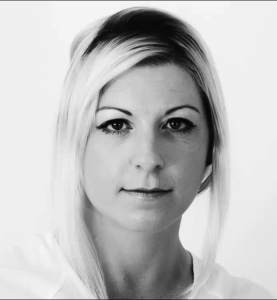 There have been several moments where I can say my imagination has run away with me, perhaps that’s the writer in me or perhaps I’ve seen one too many horror movies. I have thought on several occasions I’ve seen something out of the corner of my eye, something scary and horrible and then for that split second there’s that thought: what is going to happen if I turn around?

A good friend of mine concluded that it’s scarier to not see something because when we face our fears head on we can “identify weaknesses”. As Bournemouth-based psychologist Michelle Batcock explains: “Fear is often reduced based on our level of ‘knowing’ or knowledge being increased by fear of the ‘unknown’. Remember the famous phrase, ‘Face the fear and do it any way’.”

When asked if what scared her most about horror films was the suspense and heightened tension of awaiting for an inevitable evil to jump out on screen or being faced directly with the killer or supernatural entity and dealing with the sense of dread that comes with that, Michelle said: “For me, it’s the build up - not knowing what to expect when I eventually come face to face with whatever it is.”

I asked Michelle if Acluophobia (fear of the dark) is irrational in adults when factoring in fear of the unknown. Her response was: “A phobia such as Achluophobia is often formed by a previous event in the individual’s life that has been experienced as traumatic and therefore perceived as dangerous and something to be feared. This is why some adults may remain afraid of the dark and some may not.” I then wondered what it was that causes us to outgrow irrational ideas such as ‘monsters under the bed’ or ‘imaginary friends’. “The development of our knowledge. Once we know, we’re no longer afraid and/or our fear reduces,” says Michelle.

How our brains are wired means that what we can’t see tends to feel much scarier, as Michelle explains: “As a species we need to ‘know’ in order to survive, when you think back to our basic survival mechanisms: our brain was designed to keep us safe, it is responsible for scanning the environment for threat.”  Michelle then goes on to add:  “Think back to prehistoric days before we could communicate effectively using language, our brain would constantly be scanning the environment and checking out if we were safe or if there was a large predator in the bushes. Without this scanning mechanism we would have perished a long time ago”.

“Fear is a hardwired emotion that serves to help us in these situations. It helps us to survive and alerts us to potential threat so we can either run from it or face it and fight it.” So in essence, what we can face head on is less of a threat than what we can’t see or identify and subsequently find that kink in its armour that allows our minds to rest and be at ease. Thanks Michelle!