Concerns over lack of HIV awareness

A quarter of people living with HIV are unaware they have the condition and could be missing out on life-improving treatment. 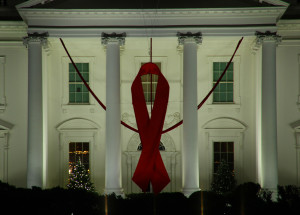 Public Health Dorset and NHS Dorset Clinical Commissioning Group (CCG) are now urging people across the Bournemouth and Dorset area to get tested if they have had unprotected sex.

World Aids Day took place on Sunday December 1. Dr David Phillips, Director of Public Health Dorset, said: “HIV is no longer an untreatable disease. The health and quality of life of people living with HIV has improved greatly in recent years due to better treatment. This is why it’s important for anyone who feels they may be at risk to get tested.”

Early testing and treatment means that people can better manage their condition and reduce the chances of more people becoming infected.

Local GP and Chair of the Maternity, Reproductive and Family Health Clinical Commissioning Programme within Dorset CCG, Dr Karen Kirkham, said World Aids Day was an opportunity for people to find out more about HIV and how to reduce the risk of becoming infected.

Treatment for HIV has improved massively within the last 20 years, with most people living up to 60 or 70 years old.

Dr Kirkham also said: “In the UK in 2013, due to effective treatment, very few people are dying of HIV other than those that do not know that they are infected, and this is why testing is so important”.

A Bournemouth resident, who wishes to remain anonymous, was recently tested for HIV after seeing adverts for World Aids Day on Facebook. He said: “It has been in the back of my mind for some time now.”

He said he did not fear the idea of HIV but was more aggrieved by the thought of “not doing more to protect” himself.

Bournemouth has celebrated World Aids Day for the past few years. In 2010, a memorial wall was put up in honour of Dorset residents who were victims of the disease.

Doctors in Dorset want people to feel confident enough to come forward and be tested.

The test itself is free and confidential.

It is available from the GUM services in Bournemouth and Weymouth hospitals and by appointment at Boots in the Dolphin Centre, Poole every Saturday.