The Community Coffee Cup in Westbourne has been saved thanks to help from two local organisations. 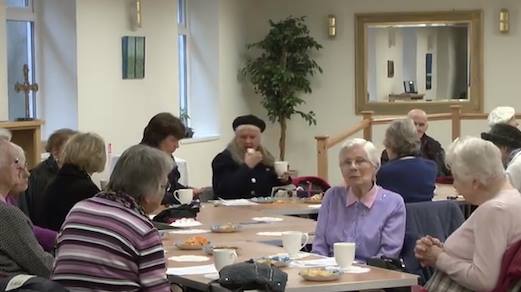 The coffee shop, which was due to close at the end of last year due to a lack of funding, will continue to run thanks to help from two organisations in the South. The community group has been awarded sponsorship by Liverpool Victoria (LV) for the hall hire for the duration of 2014, and has also been offered sponsorship from BBC Solent towards refreshments.

Anne Robertson from the Westbourne Neighbourhood Watch Team set the group up in March last year. She noticed a lot of people in the area were lonely after delivering winter warmer packs to those who could not get out of their houses.

She said: “I was so worried that if we couldn’t get the funding to continue they would return to their loneliness.

“The group has been very successful with 15-30 attendees every week up to the age of 94 who come for a free coffee and have a chance to meet others.

“The group isn’t religious in any way. Our aim is just to provide a meeting place for people looking to make friends.”

The group runs every Wednesday afternoon at Our Lady Immaculate Church in Westbourne to allow local residents and people passing through to come inside for a drink and to meet others in the community.

Liverpool Victoria has set up 13 regional community committees, one of which is Bournemouth, and they are run entirely by LV volunteers.

“We distribute a budget to each of the committees, and it’s these people that make decisions on where best to invest it locally,” said Samantha.

Volunteers at The Community Coffee Cup have also been responsible for setting up winter warmer packs again this year, to help people who are unable to get out of their house during the colder months.

Amanda Caitlin, Neighbourhood Warden and volunteer, said: “As a result of a grant from Age UK we’ve also got some winter warmer kits consisting of fleece blankets, hats, gloves, Thermos flask, soup and all the rest of it.

“Annie [Robertson] has also managed to get some more funding from local councillors to fund things like UHT milk and salt in case it’s icy outside peoples houses, and that will all be added to what we’ve already got,” said Ms Caitlin.

Meetings are held every Wednesday at midday.