Halo nightclub hosted a clothes-swapping event this month to encourage people to donate their unwanted clothes for charity.

‘The Swap’, held on March 15, got people to donate their own unwanted clothes in exchange for clothing items donated by other volunteers. 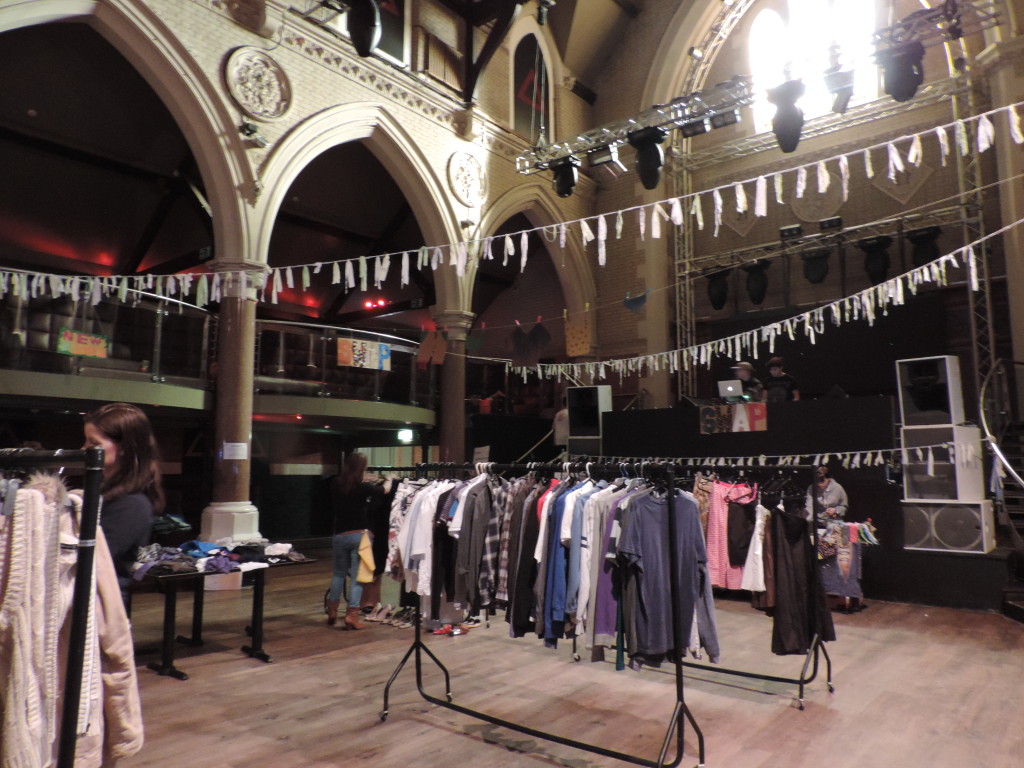 The recycling initiative was encouraged by Alex Ball, deputy manager of Bournemouth Halo.

He said: “I think The Swap is a good thing, one man’s trash is another man’s treasure. You’re going to get more use out of something than just throwing it in the bin.”

Any profit made through entry fees and donations at the event went to Lewis-Manning Hospice in Poole. The hospice provides free care and support for people in East Dorset living with cancer, Parkinson’s disease and other life-limiting illnesses.

The nightclub’s ground floor was stocked with rails of donated clothes and also featured independent stalls with handmade jewellery, ties and pillows.

The Swap team aimed to source all exhibitors, resources and clients both sustainably and locally. The group did so in order to encourage the idea of organic growth within the community.

Feedback for the event was mainly positive; one vendor wanted to encourage more events like The Swap to promote recycling and environmentalism in the local community.

The Swap was particularly popular among students. BU student Eve Hewitt, 18, said: “The turnout could have been better but it was a great idea to bring people together and raise money for charity.”

Eve also supported the originality of the event. She said: “I think it’s important for people to shop at independent stalls as the vendors who run them invest so much time and energy into their stalls.”

Alex Ball also supported the communal aspect of the event in regard to Halo nightclub itself. He said: “We’ve put on a series of community club events to open the building up during the day for people to use free of charge so the building is actually getting some use during the day.

“The club is sat there doing nothing during the day, so we opened it for things like The Swap so people can get some use out of it.”