Wimborne United Reform Church have been searching for the long lost relatives of the men on their roll of honour to mark the centenary of the First World War.

Jean Hyde, Lay Leader at the church, placed an advert in a local magazine in October, searching for the relatives of these World War One soldiers.

After receiving numerous replies to her advert, relatives of the men met for the first time at a special service of remembrance at the church.

Mrs Hyde said the whole experience has been ‘wonderful’ and that the church had found three sets of relatives including Elizabeth Coffin, the Great, Great, Great Granddaughter of soldier Charles Coffin.

Mrs Hyde said: “[The service] went very well indeed, the relatives gave some readings in the church and all felt very involved.  It was a service for them.”

Wimborne local Mrs Muriel Brookes answered the advert after finding a First World War memorial plaque in the back of her cupboard.

On the plaque was the name Sydney Edward Moorhouse, a name that also appeared on the Church’s role of honour.

After seeing the advertisement, genealogy firm, Fraser and Fraser, decided to help in the hunt for the relatives of Mr Moorhouse.

The firm said: “Tracing missing heirs is the basis of our business but we thought that with Remembrance Day this month, it was important to use those skills in a slightly different way.

“We decided it would be great to try and find the next-of-kin to Sydney’s plaque.”

Heir to the plaque Brian Langer was soon found.

Fraser and Fraser said: “After drawing up Sydney’s family tree it soon became clear that Brian was the next in line. He was very pleased when we contacted him.

“We believe family history is so important. We often find beneficiaries from the same family have never heard of one another, so it’s great to see this conclude this way.”

At the ceremony on Sunday, the plaque was presented to Mr Langer, the closest known relative of Sydney Moorhouse.

Mr Langer was surprised when contacted about his family history as he was unaware a plaque had ever been made.

He said the service was ‘a nice way to commemorate those who lost their lives one hundred years ago.’ 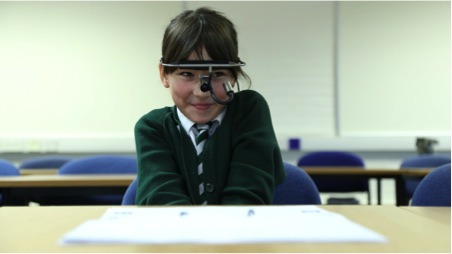