It’s approaching the end of the year, which can only mean it’s Christmas Time, parties, holidays and Christmas shopping!

There’s so much left to do in Bournemouth before departing for your Christmas holidays, so here is the line-up:

This end of year Xmas hall wars party is the event that I’m most looking forward to because I absolutely LOVE fancy dress. Each hall is assigned to a costume and as being part of Purbeck I have my Smurf costume prepared and ready to go! The night will be festive with snow cannons, Santa’s grotto and giant confetti crackers! The last hall-wars event during freshers did not disappoint and with it being at two venues, BAR:[ME] and Yates, it’s destined to be a great night out.

The chance to win a car for Christmas is too much of an opportunity to miss. Halo steps out of the box when it comes to giving gifts. Halo’s Christmas themed Monday night will be topped off by a prize draw; giving you the chance to drive home for Christmas. With Christmas drink deals in addition, it’s a night that will not disappoint. 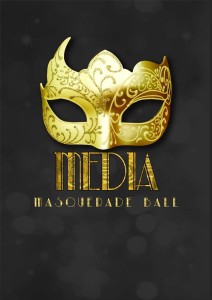 BUPRAC have joined with the Marketing and Advertising societies to bring The Media Masquerade Ball.

This a perfect opportunity to dress up and have a laugh. It will be held at ‘Bar So’: fella’s are asked to wear suites and ladies to wear that perfect evening dress, and everyone is asked to wear masques!

Doors open at 7:30pm and it will be an evening of live entertainment, canapés, drinks on arrival, plus a few surprises. Students of the Media schools have priority tickets and prices but everyone is welcome to experience what is being described as “THE event of the year”.

Music during the night will be provided by Franklin and A-Fen, Davi C, and Forni. Tickets include admission to the Cocoloco Bournemouth Tribe Official After party at The Lost Garden Bournemouth.

Comedy Nation is actually one of my favourite events to go to each month: sit, enjoy drinks and laugh with your friends, what could go wrong? This month’s comedians would be Nishant Kumar, Pierre Novelie and Stella Graham. Tickets are only £4 so it’s an event that’s not to be missed!

Fresher’s Winter Wonderland at The Old Fire Station offers three rooms of Christmas partying. With house, cheese and chart music it’s an event suited for everyone.

If listening to Brass Bands is your kind of thing, Bournemouth Concert Brass is the brass band to hear this Christmas season at The Royal Bath hotel.

There is also a special student deal with £5 tickets when quoting “Bournemouth University” saving you £7.50! Musical arrangements will include traditional marches and hymn tune arrangements, music from the classical world, film, show and pop music arrangements and a collection of fine instrumental solo arrangements.

Profits made from this event will go to the Dorset Charity Mosaic offering a pathway of support to bereaved children, young people and their families. Contact: 07917 340242

The Bournemouth International Centre will be holding JLS’s “Goodbye -The Greatest Hits” tour, performing for the last time together for all those JLS fans out there!

For those who just love the family Christmas party vibe, Winton’s Winter Wonderland is the event for you. With over 20 stalls selling gifts and festive products, Santa’s grotto and mince pies, it seems to be the place with definite Christmas cheer. The day also includes a carol service from 5pm to 6pm followed by a Christmas disco straight afterwards. Tickets are from £2 so why not go and soak up the festivities.

Okay the Bournemouth nativity parade is a definite ‘why not’ event to go to. Mary and Joseph will be making their way through Bournemouth Town Centre with their little donkey. With them will also be the Three Wise Men on camels and the shepherds herding their sheep. Do not pass up the opportunity to pet a sheep!