Christmas is here: but is it boosting our economy?

Bournemouth’s Christmas Festival returns to the heart of town for it’s sixth year - but is it actually helping our economy?

The festival has something for everyone in the family, including a traditional Victorian style carousel for the kids and an alpine chalet style bar serving wine and traditional lagers or a warming cup of mulled wine in a fun, boot shaped mug.

The chalets offer a range of seasonal gifts and foods from British, German, and other European merchants. Products include fur rugs and coats, small trinkets such as snow globes and stockings, and seasonal ingredients such as flavoured cheeses and curds.
Robin Davies, a merchant representing Cherry Tree, who are at the market for time in Bournemouth, said: “Considering it’s so early before Christmas, I think they’ve made a real effort to bring people to the market. I thought it would take a few weeks to really build up.” Cherry Tree is one of the many stalls offering seasonal foods at the market, with award winning pickles, jams, and cheeses being sold for affordable family prices. The products encourage an interactive ‘try before you buy’ system at the front of the stall, offering free samples of the cheese and pickles. 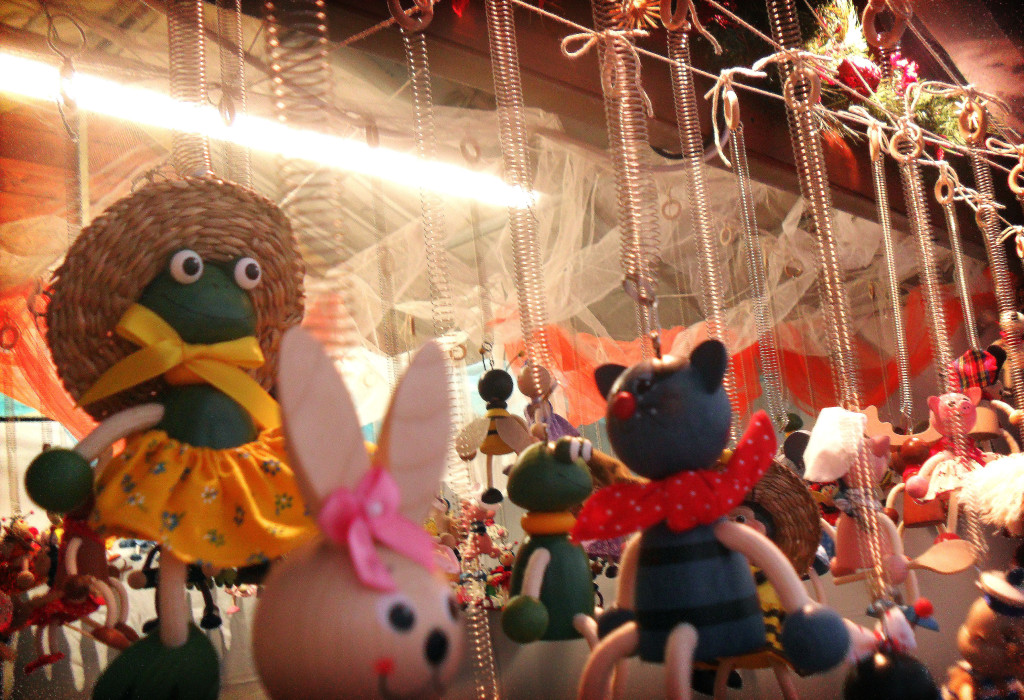 A local visitor to the festival and student at Bournemouth University, Beth Thompson, said: “Despite the freezing weather, the atmosphere is incredibly warming and I will definitely go again.”

Visitors to the market will also see a large stage filled with live family entertainment. A range of live music will be played for the duration of the market. Carol singing and similar festive attractions are planned for the festival to provide Christmas entertainment alongside the retail aspect. The festival hopes to bring a mixture of performances from church bands and musical productions.

Members of the community have the opportunity to put themselves forward to perform on the stage by contacting the market via the website. The stage at the Christmas festival is free for entertainers to use, allowing them to collect and raise money for their charities, or just make themselves known.

This is a great opportunity for local entertainers, as the turnout for the market this year is sure to be huge. Bournemouth has gone all out with the decorations again this year which includes a tightrope cycling santa and another santa who climbs the pole in the middle of the town centre. The Christmas Festival is expected to run for a total of 40 days until January 7 2014.