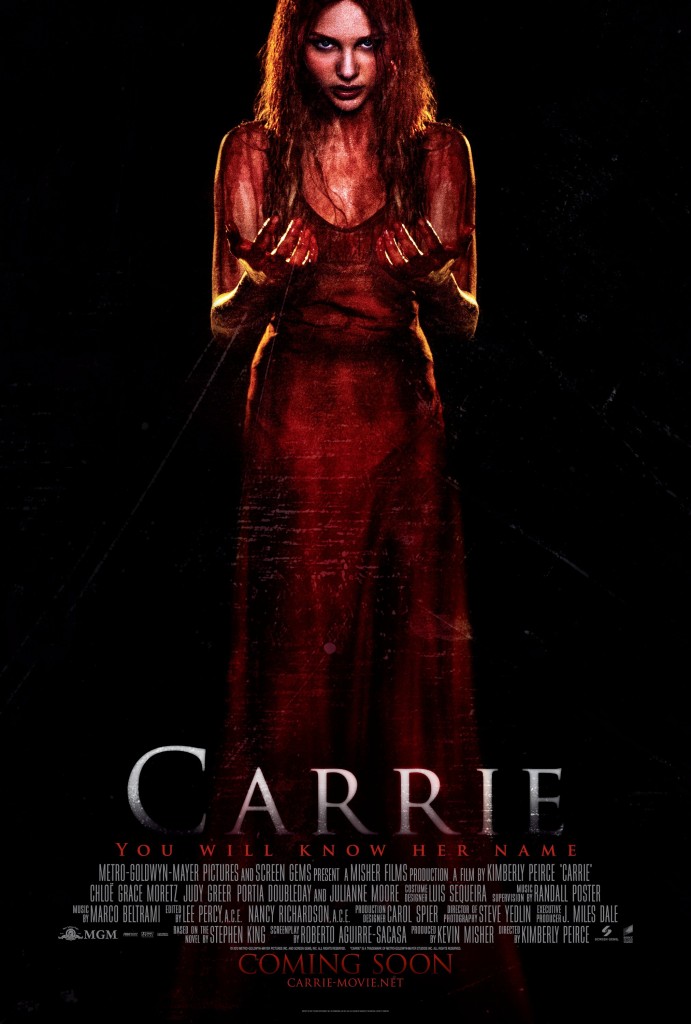 Carrie, the horror remake that has the terrifying element to a tee.

Carrie White (Chloe Grace Moretz) is a shy girl, made an outcast by her peers and sheltered by her religious mother, Margaret (Julianne Moore). Carrie, who discovers she has telekinetic powers, unleashes her terror after being pushed to breaking point at prom.

The horror part itself does not really feature until an hour into the film, but when it does, it was way beyond expectation. The amazement of it all and the shocking lengths that Carrie will go to is extremely powerful.

Also the weirdness and supernatural elements within the film is what makes the movie special and it is no surprise why the classic horror film was remade. It does feel a bit superhero-ish but then it would do when they discovered their super powers. Kimberly Peirce portrays this moment in a well-made manner.

Chloe Grace Moretz makes the character her own; she perfectly suits Carrie and this film brings her acting abilities to a new level. Julianne Moore brings the deeply religious mother to a different but weird perspective and the relationship between Carrie and Margaret flourishes with emotion. Judy Greer, who plays the sympathetic gym teacher, is a particularly strong actress and a welcoming presence to the movie.

This Carrie remake is more in the dramatic genre than horror, but Peirce still pleases the horror fanatics. It might not be a horror milestone like the 1976 Carrie was but this remake is still a great film. The film perfectly mimics real life situations on the big screen, even down to the reactions of the characters. It mirrors real life exactly how we’d expect it; like the shower scene, a place where bullying in school is always an issue. There is always that one girl who pushes it too far, but with Carrie, it is plain to see that the revenge is ever so sweet.

Carrie is an horror classic brought up to date and is greatly entertaining. Even though it might not be a masterpiece, like the 1976 film, it is certainly up there.