Chemical carcinogenesis indicates the induction or enhancement of the formation of new, abnormal growth tissue. 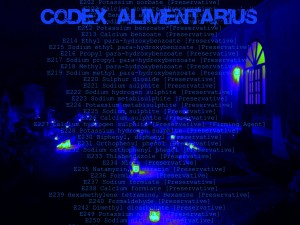 It includes epithelial malignancies and mesenchymal malignant tumours. The cells usually replicate and invade surrounding tissues and spread to remote parts of the body. How is it determined which substances cause carcinogenic responses in humans? Observations in humans, which are supported by laboratory tests on animals, are usually how substances are deemed carcinogenic.

Unfortunately, the relationship between a chemical and the development of cancer is not straight forward. This is so because at any given time humans are exposed to an abundance of possible carcinogens; there is a long latency period between exposure to a possible carcinogen and the onset of cancer; and the exposure of a female parent during pregnancy may cause her offspring to develop cancer but there would be no cancer in the mother.

As stated above, evidence of carcinogenicity consists of human and animal data. However, sound human data are given greater weight because of interspecies’ differing responses to chemicals. But considering the serious nature of cancer, it is not wise to wait for long-term clinical studies on humans to determine whether each chemical is safe or not. This brings us to food additives.

A food additive, as defined by the Codex Alimentarius Commission, is the intentional addition to food of ‘any substance not normally consumed as a food itself and not normally used as an ingredient of the food, whether or not it has nutritive value’. Furthermore, as stated earlier the determination of the carcinogenicity of a substance to humans, one of the toxicological tests carried out on food additives, is very complex. For example, saccharin and cyclamates (sweeteners), nitrates and nitriles (preservatives), and butylated hydroxyanisole and butylated hydroxytoluene (antioxidants) have all indicated carcinogenic activity in test animals, some of which were once banned from being used in food. However, in light of conflicting results, these chemicals are still used in foods.

Should chemicals which have indicated some amount of carcinogenicity be allowed in the food we consume?