Cameron’s War on Freedom: At what point do we fight his police state?

Some level of freedom must be sacrificed for security. I get that. What we are heading towards with the latest announcements from Premier Cameron is comparable only to some of the words most oppressive regimes. 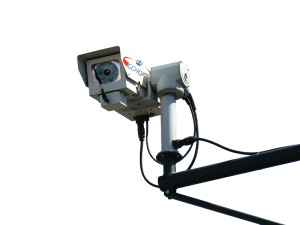 CCTV on every street corner, and your computer habits exposed. © CHRIS FAY

In the House of Commons, Wednesday 23 October 2013, we saw what I can only describe as the complete submission of democratic ideals to the ambiguous spectre of ‘terrorism’, sprinkled with a dash of won’t somebody please think of the children.

When Labour MP Paul Goggins posed the loaded question to our Glorious Leader of what provisions were in place to keep an eye on people released from “the provisions of their terrorism prevention and investigation measures”, he exposed the cross party complicity at work in the erosion of our civil liberties and the regression to the police state that we supposedly avoided in winning the Cold War.

The Mr. Cameron responded with what was quiet frankly a chilling announcement.

“We have put in place some of the toughest controls that one can possibly have within a democratic Government……. setting out a whole series of steps that we will take to counter the extremist narrative, including by blocking online sites.” He says with a worrying pride.

This man who is in place to lead our nation as a free and democratic society, seems to think that the further towards totalitarianism he pushes us, the better.

If I remember correctly, the online blocks he suggested were to protect children from pornography. Or was it to curb the destructive criminality of online piracy? I guess we’ve always been at war with Eastasia..

In the following “question’, a prayer of reverence to the gods of surveillance is offered by Conservative Julian Smith, who has deemed the Guardian’s exposure of the NSA and GCHQ dragnet surveillance as “reckless”.

He asks that the Prime Minister join him “in paying tribute to the women and men of our intelligence services, who have no voice but who do so much to keep this country safe”.

They have a voice Mr. Smith. Its the Guardian. Its the press. Its freedom of speech. But it seems that the voice of a whistle blower like Edward Snowden is only a legitimate voice if it is support of the erosion of freedom and liberty.

It has become painfully obvious that the blocks, censorship and surveillance is really for one thing. The elimination of dissent. Who is an extremist? The left winger? The anti-war protester? Animal rights activist? Or anyone who would dare to question the status quo as decided upon by the ruling class of entrenched political caste?

We need to remember that while the work of intelligence operatives and our soldiers are two keep us safe, they are still answerable to us, the people.

If they cross the line, then they are to be held to account and not given a blank cheque to act with impunity.

Some of us seem to have forgotten this. If you haven’t, then write to your MP. Refuse to accept their pre-written PR replies. If they won’t listen then vote them out. Vote Socialist, Vote Independent. Vote Pirate Party. Hell if you have the time and the will, run for office yourself.