Bring it all back! S Club perform in Bournemouth 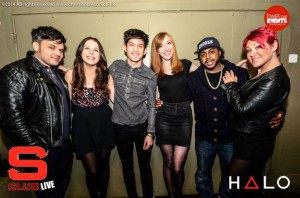 The venue certainly hosted a cracking S Club party, which sold out fast. The entire building was packed with wild fans, all waiting to feel their childhoods come alive once again. We were lucky enough to meet the stars Paul Cattermole, Jo O’Meara, and Bradley McIntosh behind the scenes, and shout a few hectic questions at them over the mad screams beyond the room.

We asked S Club how they began touring clubs across the UK, “It happened by accident really” says Bradley, “I was doing a bit of DJ-ing, brought Paul along, the agent was like, can you guys do like a show, just do a couple of s club numbers, then Jo came along” (newly pink haired) Jo interrupts laughing, “and ruined it!”

Bradley continues, “We have fun doing it, we enjoy doing it, It’s all for the crowd really so they enjoy it and that’s the main thing.” After many years since the heart-breaking split of the band, we can say with confidence that everyone was ecstatic to see them sing again, and bust out some 90’s moves.

When asked who the best dancer was, Bradley was the unanimous choice. “I’d say Bradley, definitely! Bradley knows how to shake his ass” Jo teases.

The members encouraged Bradley to ‘throw some shapes’ but sadly he was not going to buckle. Paul joked, “Oh come on Brad, He’s a bit shy!” 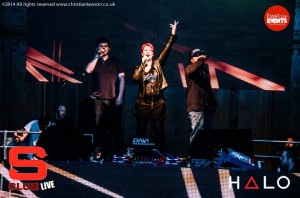 He may have been shy at that point but he did not disappoint on stage, chanting with the crowds and getting the S Club party going.

The trio went on to perform all of their S Club hits after our chat, but which song do the band love the most? Paul suggested ‘Two in a Million’ or ‘Natural’ but once Bradley chose ‘Reach’ Paul quickly retracts, “Yeah sorry I should have said that!” Jo laughs, “I think we all unanimously say reach, it’s a fan favourite, and it’s a classic!”

As 90’s pop sensations, it is also inevitable the members featured plenty of fashion faux pas, Jo’s most memorable include Zebra outfits and chickens, “All sorts, we wore some crazy stuff!”

Bradley adds, “I know I had a foil waistcoat, remember that? It was terrible.” The group chuckle reminiscing of the time they all arrived at an award ceremony in ‘metallic outfits’. “Mine was the worse by far, it was like tin foil… I never had much fashion sense” He shakes his head as Jo sings, “Spaceman!” whilst Paul assured his friend, “It looked so good at the time!”

It’s clear that we all miss our childhood idles, so we asked them what they missed: “Performing with the other 6 guys on stage, it was so much fun I hope we get to do that again one day” says Paul. Eyebrows raise as we all share the same thought of a reunion, “Who knows?” Jo smiles slyly. 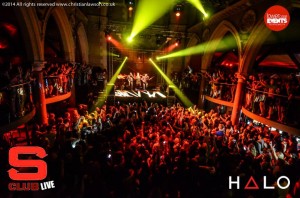 How bizarre it was to chat with lifelong idles, the trio left us with big smiles and opened the stage door, letting in a huge roar from the crowds. When they took to the stage and performed their greatest hits, including ‘Natural’ and ‘Don’t Stop Movin‘’ the atmosphere was electric. Nostalgia hit the dance floor and we were all children again. Waving our arms in the air to ‘Never Had a Dream Come True’ and jumping high to ‘Reach’, it was without a doubt, the highlight of my year, and I am sure many will agree.