The Thin White Duke to Major Tom, Ziggy Stardust to the authentic David Bowie. The man born Davy Jones in 1947 has been through a variety of personas each one showcasing his brilliance and individuality as not just a ground-breaking musician but also as an experimental artist with intense shock factor.

David was always an inspiration to me and a true original. He was wonderfully shameless in his work. 1/2

It was in Bournemouth that the late Bowie was born. Of course this is somewhat of an exaggeration as he would have been 18 at the time but the now prestigious Bowie persona was broadcast to the press during an interview with the Bournemouth Times during 1965. He then declared he would be dropping his birth name of Davy Jones for something more colourful and eccentric. This allowed Bournemouth to hold the trophy as being the proud bearers of this important news. It was later discovered that the name change was brought on by his desire to not be mistaken for the Monkey’s member Davy Jones but his fans will always remember him as David Bowie; one of the most influential members of the music scene since he walked into our lives in 1962. Prior to his David Bowie transformation, Davy Jones and The Lower Thirds burst onto the scene in 1965, gaining a residency on Fridays and Saturdays at The Bournemouth Pavilion throughout the summer. He went on to play a variety of shows in different bands including Davy Jones and The Manish Boys and Davy Jones and The Buzz before breaking off to follow his path as a solo artist.

We had so many good times together. He was my friend, I will never forget him. 2/2 pic.twitter.com/9xfPj88x8b

In 1973 Bowie played Boscombe’s Winter Gardens for the pricey sum of £1.10 on his Ziggy Stardust/Aladdin Sane tour. The BBC documented it in a short film including interviews with Bowie himself, including clips of him methodically applying his distinctive face paint. A post on Facebook shows the warmth people who saw him play felt for him as Linda Anstov says: “Amazing concert, Bowie as Ziggy was spectacular, one of the best artists ever, he will be so sadly missed.” Another attendee Mark Austin also spoke fondly of the show saying: “David Bowie. Ay 25th 1973, Bournemouth Winter Gardens. The first and greatest concert I saw or will ever see.”

Jools Carlton, a woman who had the pleasure to meet Bowie during his Ziggy Stardust years also spoke of him with fond memories: “I was introduced to him while working for his promoter on the Ziggy tour. We shared some wild times but he was always charming and very thoughtful. He will live on through his music.”

With every era-driven alteration, Bowie changed the momentum of what was going on around him. From discussions of his sexuality to the abrupt retirement of his alter ego Ziggy Stardust in July 1973, Bowie pioneered the glam rock genre alongside artists such as Mark Bolan and Brian Eno. Eno released a statement discussing the death of one of his oldest friends: “David’s death came as a complete surprise, as did nearly everything else about him. I feel a huge gap now.”

“His death was no different from his life – a work of art.” These were words surrounded by sorrow from Tony Visconti on his Facebook page, the producer of Bowie’s last album Blackstar. “He made Blackstar for us, his parting gift.”

‘Look up here, I’m in heaven’ sings Bowie, on his last single release Lazarus, ‘look up here, man, I’m in danger!’ These poignant words give his adoring fans new and old something to hold onto, as the album is almost theatrical, a last momentous gift to the audience who have clung onto his every inspirational word.

I wish he could have stayed on earth longer. RIP #DavidBowie pic.twitter.com/jnYLaaootw

With Bowie’s death being so prominent, tributes and vigils are being arranged across the country. On Monday evening a street party in Brixton paid homage to Bowie singing his greatest hits into the early hours of the morning. Weymouth pavilion are planning their own tribute concert to raise funds for Cancer Research with acts including The Bowie Experience.

Alongside his contribution to music his film career spans across 22 different roles. Twitter user Jason Gault said: “I was insanely inspired by David Bowie whether it was his music or his acting. He was a legend for sure.”  His most famous roles included The Man Who Fell to Earth, Labyrinth; in which he played the devilish Goblin King and Zoolander, starring as himself as a judge as part of a fashion show.

His fashion, much like his music and alter egos, was eccentric and full of character, turning David Bowie into an inspirational wonderment in the clothing department. During the 2013 exhibition David Bowie is… at London’s Victoria and Albert Gallery, his garments ranging from the Ziggy Stardust days right through to the Thin White Duke were on display, showcasing the diversity of his personas on and off the stage.

Regardless of whether you listened to his music, watched his films or only saw him fleetingly out of the corner of your eye, David Bowie shaped a variety of the artists people listen to today. Within the 4.3 million tweets about the loss, celebrities displayed their sadness after the announcement.

Infamous for referring to himself as the ‘greatest living rock star,’ Kanye West tweeted his feelings about the loss of Bowie: “David Bowie was one of my most important inspirations, so fearless, so creative, he gave us magic for a lifetime.” Alongside West, Lorde, Ricky Gervais and Nile Rodgers all made reference to the impact Bowie had on their lives.

From the shock factor of Ziggy to the professionalism of Bowie as a separate entity, he created a legacy like no other. With an audience of five to 95 year olds his music and inspiration will live on forever through the influence he has had on some of the most famous of artists. From Bournemouth to London he has left a trail of memories and kept the media on the edge of their seats throughout. In the words of JK Rowling: “I wish he could have stayed on earth longer.”

A ridiculous human doing creative type things by the sea. 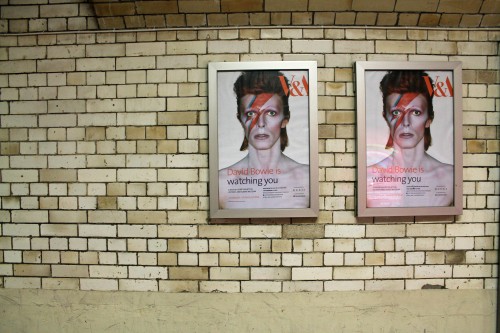 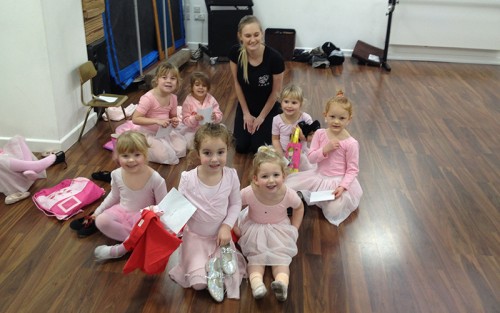 Over the past years, popular TV shows such as Strictly Come Dancing has influenced many young people to take up dancing. 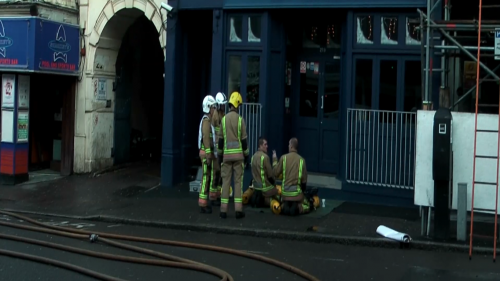