Cherries face fellow Premier League new boys Norwich at Dean Court this Saturday in a game that could be classed as a relegation struggle.

The canaries outfit have not recorded back to back defeats in the league this season, however Bournemouth are looking to change that record coming into today’s fixture.

Cherries struggled in midweek against a strong, disciplined West Ham side at Dean Court but will be looking to bounce back and replicate some of their most recent form which dragged them out the relegation zone.

Bournemouth have not won in their last 6 home games (D3, L3) but with introductions to knew boys Iturbe, Afobe and returning Cherry Lewis Grabban, Bournemouth have more attacking options coming into the game against the fellow promotion side.

Bournemouth have failed to beat the Caneries in 6 attempts, the last win coming in 1959, recording a 3-2 win away at Carrow Road in an Division 3 clash.

Earlier in the season, Norwich were triumphant over the Cherries, recording a 3-1 home win.

Norwich have won more times in the fixture, recording 23 wins from 55, whilst Bournemouth have recorded 17.

“All three players are good characters. Obviously Lewis knows us from playing with us before, there is no issues with him, he can acclimatize very quickly. He knows the majority of the players anyway. Benik I think is a good character, young player so again there is no problem with him fitting in. And Juan has been popular within the group, although he doesn’t speak the language yet, he has always got a smile on his face. So all three players I would say have fitted in very well off the pitch.”

“[The 3-1 away defeat to Norwich] I like to think it will be a different game, I felts that’s one of the games, there has only been a couple, where we haven’t performed to the standard that we usually expect.”

“The squad looks in better shape now, I believe. We’ve got players that can really make a difference.”

Matt Ritchie is 50/50 for the game due to a dead leg picked up in midweek, Iturbe looks to make his first premier start for the Cherries.

Grabban could be involved against his former club after completing a £7 million January move back to the Cherries.

Elphick is still out for a couple more weeks with Wilson also still out, being expected to be fit in April.

Gary O’Neil begins his three-game match ban after making a rash challenge midweek against Stoke. Other than that, Norwich have no fresh injury problems.

It will be a tough game for both sides. It is a real crucial six-pointer, with both sides looking to outplay, outwit and out-score their championship promotion rivals.

Bournemouth have added real depth and attacking flair into the squad. Introductions to Afobe, one of only four current premier league players to score 30 plus goals since the start of last season. This shows that Bournemouth have side a real goal scoring talent, which to me may provide the vital final finish the Cherries have missed in many games this season.

Also the introduction of Grabban, a player who has proved himself on the south coast for Bournemouth before in the championship, will look to prove his former employers wrong as he is expected to feature at some point during the game.

To me, Norwich have been poor away from home this season and with Bournemouth’s new purchased attacking threat, I feel the game can only swing in one way. My prediction for this game is 3-0 Bournemouth. 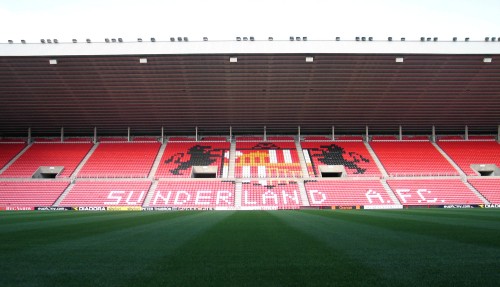 Match preview: Cherries take on West Ham under the floodlights

Cherries take on West Ham in the Premier League under the floodlights at the Vitality Stadium.