Bournemouth University tweets for a pimped summer ball by MTV

Club MTV and Lucozade Energy are offering one lucky university the chance to have their Summer Ball ‘Pimped’ by MTV. Bournemouth Students have been tweeting non-stop all night to beat rivals Kent University to the top of the league tables. 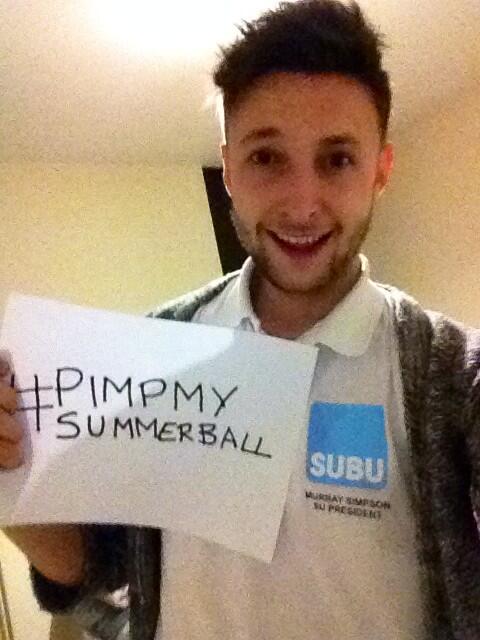 The prize offered is an amazing £50k to help one university have the Summer Ball to end all Summer Balls.

The competition runs until April 7th and students in Bournemouth have even created a Facebook group to keep an eye on the tweeting campaign.

Bournemouth University have reached nearly 200,000 tweets and are only 3000 ahead of rivals Kent.

The competition requires people to tweet using the hashtag #YESPimpMySummerBall and then adding the name of their university afterwards.

Tactics employed by BU include trying to get celebrities to join in and retweet for the cause. Celebrities who have already joined in include Tony Blackburn and Natalee Harris (The Valleys).

However, not all celebrities have been so helpful, such as Frankie Boyle who sent a short blunt reply to a tweet by @HairsprayyXD.

Kent University have created a fake tweet from Obama using photoshop skills which earned them a lot of twitter coverage and re-tweets.

However, Bournemouth students are now trying to get publicity through fun stunts offered if they get a certain amount of retweets, such as @TommyP1994 saying he will go to the Summer Ball dressed as a tampon if he gets 200 retweets.

But for now, the competition rages on. Tweet to get involved using the hashtag #YESPimpMySummerBall and adding Bournemouth to your tweet.