Students at Bournemouth University are set to host a filmed European Election debate today, featuring MEP candidates from all of the major political parties. 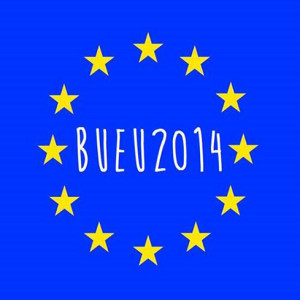 The event, organised by the #BUEU2014 group and students across the Media School, will take place at 18:30 in the Allesbrook Lecture Theatre on Talbot Campus.

Candidates campaigning to become MEP for the South West and Gibraltar will face questions from students and members of the public in the style of the BBC’s Question Time programme.

Organisers have said that the European Election debate has been designed to challenge the notion of voter disengagement.

It will give students and members of the public the chance to discuss the big issues surrounding the elections on May 22.

“With an ever increasing perception of a voter disengagement with regards to European politics, this debate is an excellent opportunity for both local residents and students to challenge EU parliamentary candidates on the issues that they care about,” said organising team member Edward Lawrence.

“We are delighted to be hosting the South West hustings for the 2014 EU Parliamentary Elections,” said Dr Dan Jackson, Deputy Programme Leader for BA Public Relations at BU, who will be chairing the European Election debate.

“Public debates such as this are a crucial part of the democratic process, and offer excellent opportunities for people in the area to meet their candidates in the flesh, as well as deliberate on the key issues at stake.”

Doug Tham, President of the BU Politics Society, said: “This kind of event is long overdue.

“It is a great chance for students to learn more about both European elections and European politics.”

He did, however, question whether the European Election debate would lead to real political engagement amongst students.

“Despite this, I will be surprised to actually see students engaging in a practical sense.

“Obviously this is a chance for them to voice out, but actually getting them voting will be a big step which I doubt will happen.”