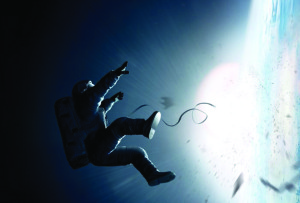 The students worked for British visual effects company Framestore on the movie.

Ten Animation and Film Production students from AUB were employed by Framestore to work on the film, as were graduates and lecturers from Bournemouth University’s MA Digital Effects course.

It was the main winner on the night, converting almost every single one of its ten nominations into a victory.

The Framestore team expressed their delight at the film’s success on Twitter.

“Even Bono can’t take the shine off this,” they commented.

The Oscars 2014 were held last night at the Dolby Theater in Hollywood, rewarding the best films of 2013.

The Rock provided all-night coverage of the awards via a live blog.