The annual German Christmas market has returned to Bournemouth for the seventh year in a row.

The market opened on November 13, with the square and neighbouring streets hosting a range of festive stalls offering seasonal gifts, handmade crafts and festive foods inspired by the traditional “Weihanachtsmarkt” German market.

Since 2009, S & D Leisure Europe Ltd. have run and promoted the event, seeing a rise in footfall figures as well as local hotels benefitting through an increase in bookings over the Christmas period.

“I’m pleased for the local businesses to get extra trade,” said Cllr Smith. “It keeps them busy, which makes me happy.”

This year, the Alpine chalet stalls are once again joined by the popular Moose Bar, which sells authentic German mulled wine.

Among other Christmas foods such as roasted chestnuts, the BBQ Bratwurst house offers authentic German sausage.

Owner of the Silver Lady Sterling Silver Jewellery stall, Lisa Flanders, said: “The market brings such a variety of crafts that you can’t buy in the shops.

“This is my fifth year here and I enjoy getting the extra business and seeing other craft stalls.”

The event promotes a family-friendly atmosphere, with a mobile stage featuring a variety of entertainment including live bands, choirs, fire shows and magicians.

Other attractions include the Victorian merry-go-round, a traditional nativity scene and Santa’s grotto.

The Town Square is adorned with lights and decorations, as well as the Christmas tree being a central attraction, where carol singing and karaoke will take place.

The market will stay in Bournemouth until January 4 and is open from 10am until 6pm from Monday to Saturday, and 10am until 4pm on Sundays.

Due to the expected influx of business in the Square, the market will be open until 8pm from December 9.

Our report from The Vitality Stadium as Arsenal beat AFC Bournemouth 2-0.

A new monthly showcase at Canvas has kicked off and gives unsigned acts to reach a new audience – and rather a large one, too. 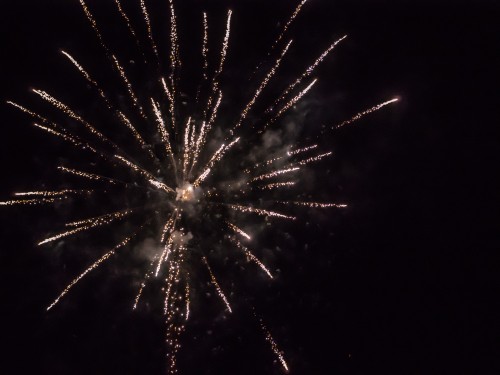 The start of January brings hope of turning over a new leaf and reinventing yourself after the large consumption of pigs in blankets and mulled wine that we all stuffed in over Christmas.