The Bournemouth Bartenders League is now 13 months strong and the guys and girls of the city would sincerely miss it if it suddenly ceased to be. 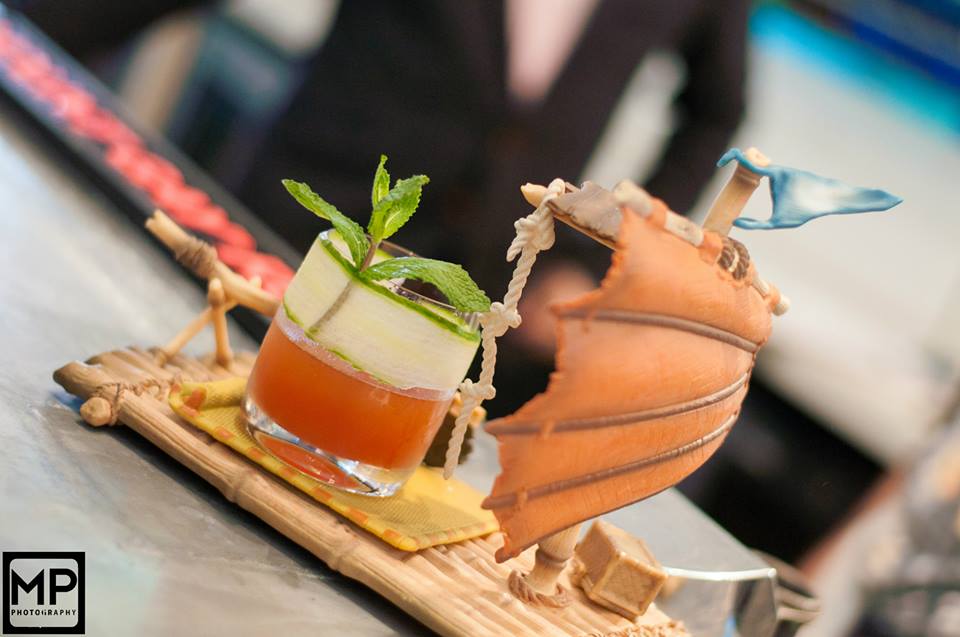 For ‘comp day’ it wasn’t so bad outside on Bournemouth beach, but inside Aruba things were certainly a lot sunnier with the spirit of the day.

International Brand Ambassador for Mount Gay Rum, Miguel Smith, took a substantial audience through everything there is to know about the rum he treasures. We were even lucky enough to get a smell of a 30 year old double-distillate from Mount Gay distillery in Barbados, worth a fair amount of money as we all guessed.

The rums themselves are second to none anyway, made in the oldest documented rum distillery in the world, located north of the small Caribbean island.

It was therefore down to the guys to showcase Mount Gay’s Eclipse rum at its highest level in some cleverly crafted drinks.

The usual Bournemouth Bartenders kept their standards as high as ever. Presentation, knowledge, creativity and well balanced drinks are what they do best and the nerves have been suppressed from competitions gone by. It was a rather special day for a couple of first time competitors who shut the nerves out to produce some amazing drinks.

Martin Hall and Sam Bush from The Lost Garden had been encouraged and mentored by league legend Hassan Magumbwa, and although a podium place wasn’t the case, taking that first step is always worthy of accreditation.

Getting behind a bar, saying a few words and making a drink in front of people doesn’t sound hard, but when you have the best bartenders in the county, brand ambassadors and even Joe public watching over every tiny pour, the shakes soon become imminent.

The serve of the day for me was from our Italian Stallion, beside league co-founder Salvatore; Francesco Lisco of Aruba. He expertly blended the rum with Frangelico hazelnut liqueur, Noilly Prat Vermouth and a homemade Cherry, Mango and Lime Puree; this was finished with a strip of cucumber and a mint sprig.

He served the drink on a toy pirate ship raft, which was a clear game changer in my eyes. The taste was zingy with a hint of sweet nut, which became the drink’s intriguing factor; something I feel should always be present in competition serves.

Francesco found his way to 2nd place with his creation, but it was our Pilipino Stallion, Franco Burnell, of The Library who scooped up the win with a tea party serve for two. This comprised of Mount Gay Eclipse, Orange Blossom Water, Finca El Facion Coffee and a Tarragon and Hazelnut Syrup. This was beautifully served in brass teacups garnished with bay leaves and served with praline and chocolates, which the judges understandably dealt with rather quickly.

James Fowler of The Larderhouse grabbed 3rd plus the sponsor’s prize in the form of a Mount Gay cocktail kit, every bartender’s perfect Christmas present (tips for December).

That sums up yet another great day in another great bar in Bournemouth, for the bartending guys and girls who show you a good time during the days and nights of your imbibing. 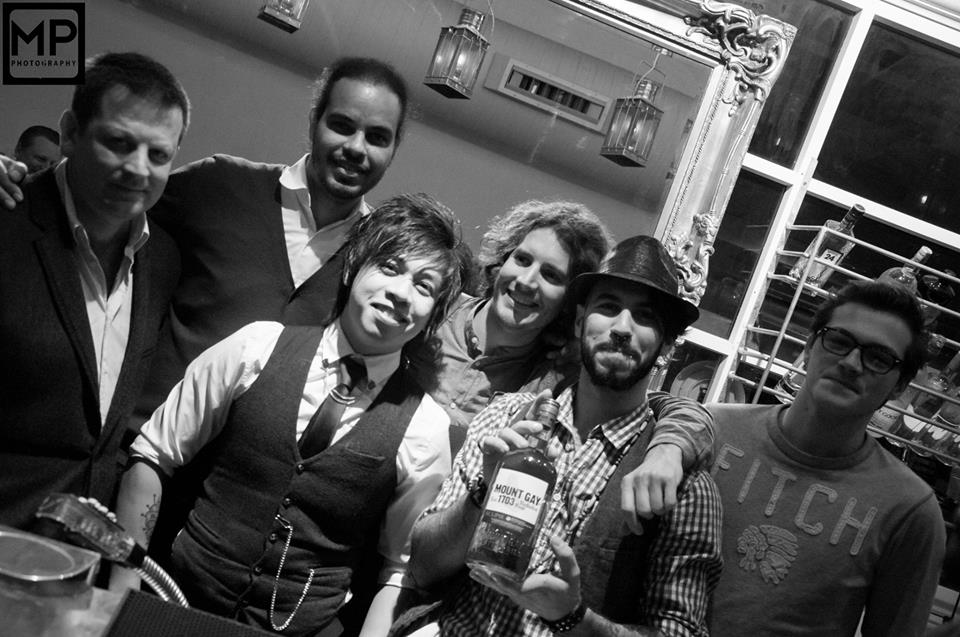 These days come around so fast, and disappear so fast as well. But don’t worry, our next meeting is at Coriander restaurant on the 24th February with Tapatio Tequila.

This was one of my favourite venues of last year and if you’re around for some laughs and good drinks in this fantastic environment, come along and support the expertise of your drinking enjoyment.