Tucked away just off Westover Road in Bournemouth’s town centre is a small, wooden building. You hear it before you see it, because it produces a cacophony of birdsong from all corners of the globe. 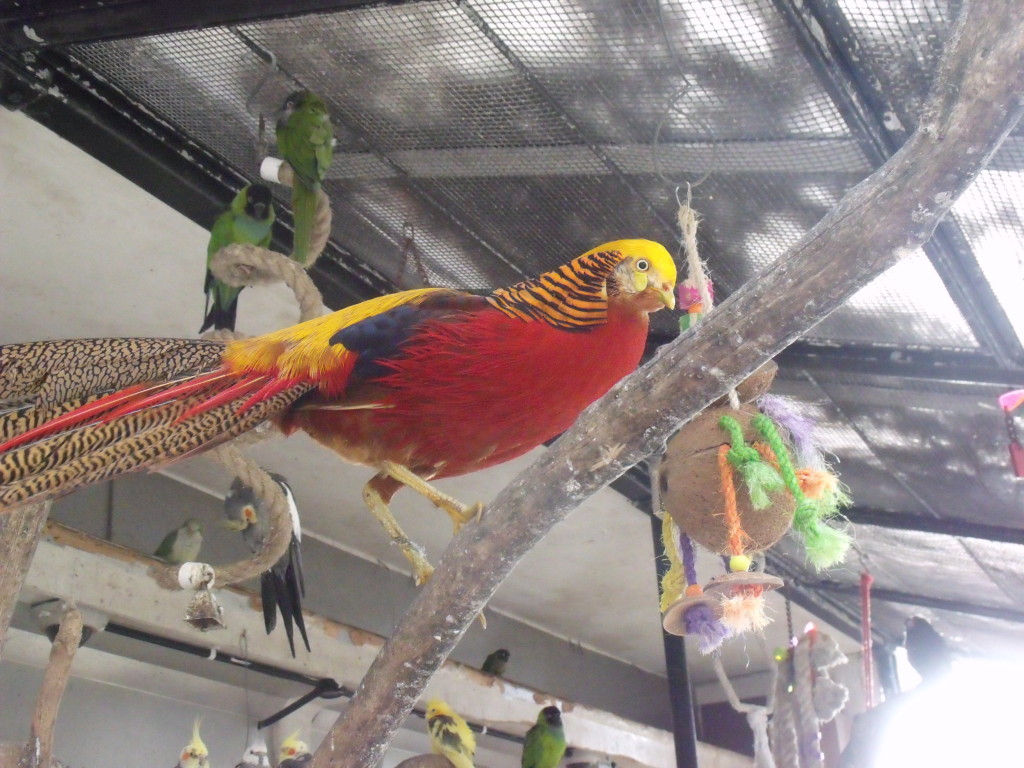 Set up by Bournemouth Borough Council more than 50 years ago, the aviary houses a huge variety of birds that are either rescued or bred in captivity. Jane Burch, one of the volunteers helping to run the site, has seen a number of creatures arrive in a very similar way.

“Many people buy birds and, once they’ve got them, they don’t get on with the bird, or there’s some reason why they can’t keep them and then they don’t know what to do with them. Usually, because they’re caring people, they don’t want to just sell them on to somebody who might not take care of them in the way that they wanted, so they give them to us.”

The Bournemouth Aviary almost closed down ten years ago when Bournemouth Borough Council decided that they could not afford to fund the initiative any more. As Jane explains, the potential outcomes of the aviary disappearing were virtually unthinkable.

“If it had been up to the council, these birds would have gone the way of the other aviaries and I believe that they were actually going to destroy the birds, which would have been heartbreaking.”

The slashing of local council funding has been a major factor in the closing down of similar small-scale conservation programmes across the British Isles. However, due to a dedicated team of volunteers and a lucrative deal with local firm United Taxis, Bournemouth has been able to maintain its facilities at Bournemouth Aviary and this crucial environment for so many beautiful avian animals.

For many lifelong Dorset residents, the Bournemouth Aviary is as much a fixture of the town as the beach and the pier. It’s a feature without which it is hard to imagine Bournemouth.

“People in Bournemouth are very generous to us,” says Jane. “We rely almost entirely on people who come to look at the birds with their children and then give us small change. Many people come with their own children who say that their parents brought them here, because the aviary has been going since wartime. It’s a really lovely continuity that we’re still able to offer something to people like that.”

Despite fond memories from families, the aviary’s secluded location means that some people are not even aware that it is there. In the face of constant glossy marketing campaigns around the welfare of big cats, pandas, whales and other majestic mammals, it’s difficult to hear the relative modesty of the birdsong through the sounds of the roars.

Natalie Bennett, leader of the UK Green Party, believes that there is still a love of birds amongst British people.

“I think it is something that people are interested in. I know lots of people who get an enormous amount of pleasure out of birds coming to their garden feeder and pay pretty close attention to which birds are coming what year and what’s happening to the numbers. We could always pay more attention and do more, but I think it is an issue that is of great interest to a great many people.”

It seems that this interest in birds will continue for the foreseeable future as well. Of the one million registered patrons of the Royal Society for the Protection of Birds, just under one-fifth of them are from the youth division of the charity. With such a solid base of youth support for the cause of bird conservation, the work of organisations such as Bournemouth Aviary will not count for nothing.

However, these organisations cannot continue to operate without donations and support from people who are committed to maintaining the cause. The Bournemouth Aviary is always looking for helping hands and Jane feels that spreading the responsibility would help the organisation to do an even better job at preserving the creatures of the skies.

“We don’t have quite enough volunteers to make the process as easy as it should be. A lot falls on a few people, so anyone who’s interested with time to spare; we’d also love to see you.”