7 Tracks To Get You Through 7 Days

To those of you who prefer to have variety within their music collections, here are 7 tracks that will get you through the next week. 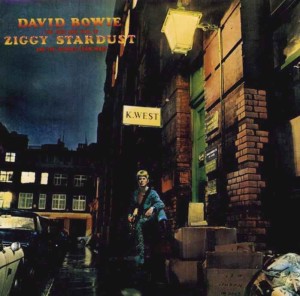 Ziggy Stardust - David Bowie
This song choice may seem a little clichè when it comes to David Bowie. But alas, the track is wonderful and timeless. Much like the man himself. Bowie, always keeping fans on their toes about his next persona, still continues to inspire artists today. Having short listed a few Bowie songs, I went with track Ziggy Stardust, from the magnificent album The Rise and Fall of Ziggy Stardust and the Spiders from Mars. You’ll find David Bowie featured on ‘Greatest Songs’ kind of lists, time and time again, so let yourself enjoy this snippet of seventies fabulousness.

Face Like Skull - Drenge
Drenge, made up of two brothers Eoin and Rory, demonstrate that grunge rock is not dead, hallelujah. I absolutely love this band, simply because they aren’t that easy on the ear. The name Drenge perfectly reflects the music they make, how clever. After a few festival appearances throughout this year, Drenge’s fan base is expanding and the boys are receiving more and more recognition. It’s well deserved too. Drenge have a brilliant sound, accompanied by somewhat, dark, strange and mysterious elements to their lyrics, perfectly backed by their raw riffs and pounding drums. Track Face Like A Skull with it’s intensity and melody which would please Nirvana fans out there, the song is simply addictive. If you like this, take a listen to their self title debut album, you’ll be far from disappointed. 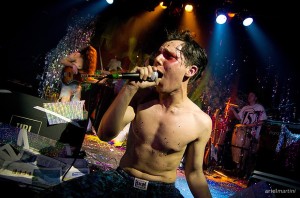 Prison Palace - La Shark
La Shark, they’re Eccentric with a capital E. Having seen this band live when they toured with The Maccabees, I can say they know how to put on a show. La Shark take preforming live to a new level, flailing around the stage gleefully, leaving audiences in amazement at their weirdness. However this is no gimmick, they have some great songs to match. La Shark have an unusual sound, for those of an acquired taste perhaps, but with the new release of track Prison Palace, fitting with their distinct and trippy vibes, we can all just listen in awe (or confusion).

Deadliest Catch - Lower Than Atlantis
Admittedly I’m a bit of a fan girl when it comes to this band. A bit. Okay I love this band.  Deadliest Catch was the second single from album World Record, which the band had self funded and released in 2011. Deadliest Catch proves that the shift from their early melodic hardcore style really payed off. The song is upbeat and boisterous, echoing a far-from soppy account of a guy’s heartbreak. The lyrics in Deadliest Catch is what makes this one of my favourites from Lower Than Atlantis, it’s cleverly written and illustrates how talented this band really are.

Take a Walk - Passion Pit
There’s just something about this song which instantly brightens bad days and early morning starts. Take A Walk is colourful and with a bursting chorus, the song can remind us why pop music isn’t all bad. The track is bouncy and cheerful, which is surprising, as the lyrics discuss debt and money issues, weird. Nonetheless, Take a Walk will make all you synth-pop cynics out there shed a tear because you won’t be able to not tap your feet or nod your head along to this joyful track.

Lost - Frank Ocean
There has been a lot of hype around Frank Ocean for a while, and with the release of his album Channel Orange last year, he continues to receive positive reviews. So yes, this may be a little behind the times, but nonetheless, this song is brilliantly funky with the ability to put you into a seductive daze. There appears to be different ideas about the meaning, some speculate Lost is about a girl chasing a dream, others about a girlfriend getting into full time drug dealing, either way, the songs fits in perfectly with the album’s running theme of sex, drugs and money. 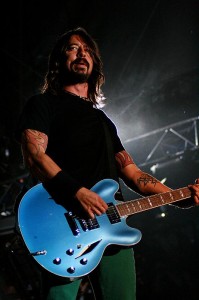 But Honestly - Foo Fighters
Personally, I feel this song is completely underrated. With it’s soft-hard melody But Honestly is one of my favourites from the album Echoes, Silence, Patience & Grace. Though, saying that, I am a little biased. I am a huge fan of Foo Fighters, so expect to see a lot of their songs appearing on these lists. But Honestly is a motivating song, with that, get-up-and-go feel. The song builds up to a huge crescendo in the last minute and a half, in which one simply cannot resist a good air guitar session to.

What songs get you through the week? Comment and let us know!