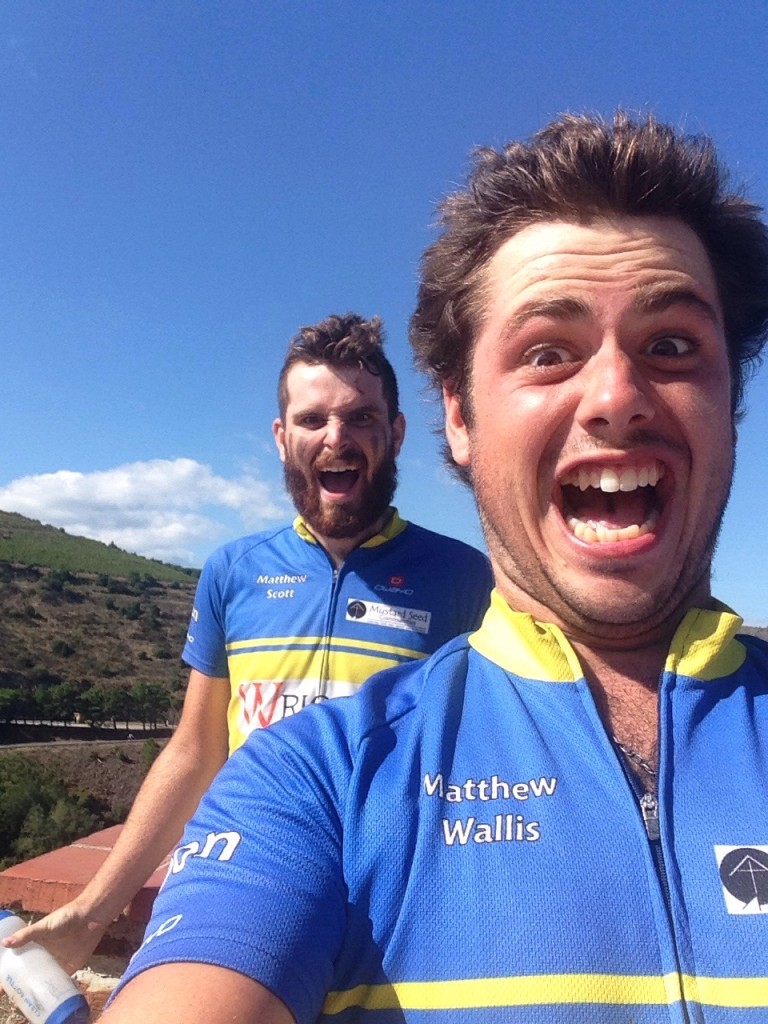 They have cycled 4,000 gruelling miles and completed some of the most punishing mountain climbs in Europe. Now Matt Scott and Matt Wallis, 22-year-old university graduates from Bournemouth, are home after their amazing adventure to tell the tale.

They travelled through France, Spain, and Italy from August until November last year to raise money for Mustard Seed Communities.

This organisation, which operates in Jamaica, Nicaragua, Dominican Republic and Zimbabwe, cares for children and adults with various physical and mental disabilities, such as Down syndrome, hydrocephalus, cerebral palsy, muscular dystrophy, as well as those affected by HIV/AIDS.

“I had always wanted to travel after university, so I asked Wallis whether he fancied joining me on a cycle ride round Europe. “Not thinking he would say yes, I suddenly had to stick to it after he agreed,” says Matt Scott, who before starting his university degree in Sport Management at Loughborough University, went to Jamaica for six months in 2009 as a volunteer sports coordinator. Matt said the experience of working with the organisation was an inspiration for the trip. He said ”The children of the charity are just amazing and really talented.”

Matt added that he felt moved when watching the children express themselves through sport, making it one of the true highlights of their lengthy trip. The ‘Matts’, who have been best friends since the age of 11, set out with a plan to travel for a full ten months across France, Spain, Italy, Germany, Austria and the rest of Europe, planning each day as it came.

“The target destination was changing pretty rapidly due to the cost being a bit more than we expected,” says Matt Scott. The two ended up going from Bournemouth to Gibraltar and back to Rome, cycling through the west and south of France, and the whole of Spain.

On the way, they visited such cities as Nice, Seville, Toledo, Lucca, and Turin, and cycled up some of the toughest mountains in the Apennines and Pyreness, including 2000-metre high Tourmalet, Ventoux and 1500-metre high Col d’Aspin. All this on two Surly Disc Trucker bikes, which included their repair equipment, cooking tools, clothes, sleeping bags, tents and medical kits, weighed over 30 kilograms.

“Climbing the mountains was the hardest thing to do but we managed it,” says Matt. Their biggest problems came in the Pyrenees when Matt Scott’s bike chain snapped, putting out the rear mechanism and bending the back of the frame of his bike, while Matt Wallis’ bike had a broken rear brake. But they were met with kindness and openness of the local people.

“The people who helped us to get off the mountains were amazing. They wanted to look after us and hear our story. Instead of renting hotel rooms, the Matts spent most of the nights camping in order to save money to keep going. “Camping and cycling is just such a good way to see the world. You get to see everything” says Matt Scott.

After four months of cycling, the Matts finished their journey in Rome at the end of November last year. So far, they have raised more than £1,500 for Mustard Seed Communities, and they both plan to further raise awareness for this organisation and their cause by going into local schools during the next few weeks to deliver talks and presentations. It’s an opportunity for the two lads to share their experiences with other people who may continue to support the cause:

“The trip was a great opportunity for us to raise some money for the charity. “Now we need to make sure we carry on this mission,” added Matt Scott. The first school the two visited was St Thomas Garnet’s School in Boscombe in January, for a small presentation, and they are planning further visits to local schools in the near future.

Their trip is documented on their blog which you can read on www.wheeldealtour.me